a Lifestyle Blog by Alaika Abdullah

No Widgets found in the Sidebar Alt!

No Widgets found in the Sidebar Alt! 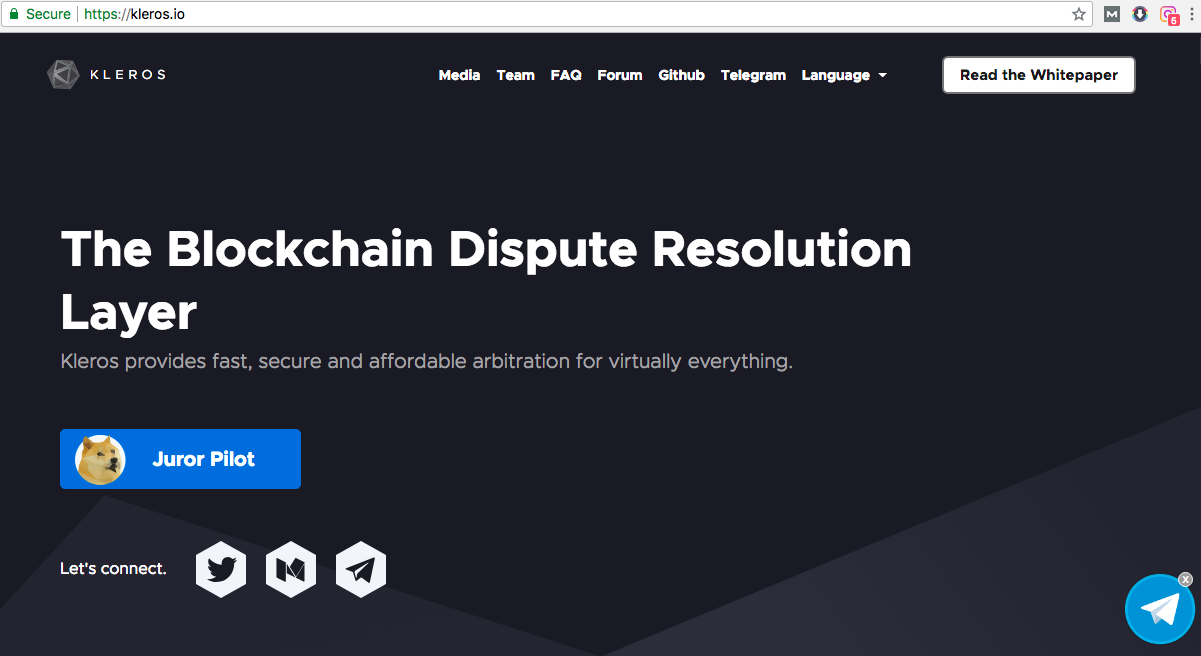 Feeling unfamiliar with Kleros? But you see it signifacantly on the blockchain, on your steemit timeline, right? Well, no worries, you will be familiar with KLEROS through this post!

As stated on its white papers (captured above), Kleros is a blockchain dispute resolution layer, designed and run on the eutherum blockchain, works as a deecentralized and transparant third party for arbitrating disputes in every kind of contract from a simple case to the heavy and complex one.

Sounds confusing? Well, to simplify it, I would used this example to draw a clear contribution provides by Kleros for its client.

Mina has an offline store, and as most of people and stores are going online, then Mina is also planning to have her business goes online. She hires Odie, a web developer for this purpose. The request is to make an online store and also to set the SEO aspects since the objective is also to ensure that Mina’s online store are on the first page of Google, using some specific keywords.

Both Mina and Odie are agreed for $500 for this work that will be paid in 3 instalments. The duration of work will be two weeks for web development, and 4 weeks for SEO (Search Engine Optimation). So the total weeks required to complete the job will be 6 weeks.

Mina released the first instalment, $200 goes to Odie’s bank account as the downpayment, and Odie starting his work. Build and develop the online store. The second payment released in the second week as the online store launched.

The third payment, should wait, since it need a weeks for the effort to bring this online store sit on the first page of Google page. And, in the 6th week of the contract, Budi show evidence that the SEO objective is well achieved, so that Mina should released the last payment. Well done!

But, in the next month, The online store was no more on the first page of Google using the agreed keywords, and of course Mina feeling disappointed, unsatisfied. She argues that the quality of Odie’s work is considerably lower than expected. Odie convinced her that he did exactly what was in the agreement.

Odie said that the problem is not on his, but the online store need to keep doing effort in maintaining the keywords to be on the first page. And to do this, Mina has to keep update the entry regularly, maintain the traffic and so on. Mina is frustrated since Odie did not mention about this in the agreement. But how ever, she can not hire a lawyer for a claim of just a couple hundred dollars with someone who she has not even meet yet.

Mina will not be frustrated if only she has the smart contract from Kleros! Yep. Kleros court, will be the solution in solving this problem. Yes, if only she had a clause stating that, should a dispute arise, it would be solved by a Kleros court, then she can breathing happily. She just can go to klick the “Send to Kleros” button and fills a simple form explaining her claim. Fortunately, yes. She has this clause.

in the other part of the world, where connected through the blockchain, Rob, the one whose noticed the signal send by Mina, grabbed this opportunity. He deposits 2 pinakion (the token used by Kleros to select the jurors for disputes. The more tokens deposits, the more chance to be selected as juror.

An hour later, he got a noticed that he was selected, together with other candidates from other part of the world, which were also selected as the juror, they got a link to download the evidence to be learn, and they should submit their decision in three day ahead. Both Rob or another ones selected as the juror are unfamiliar each other. They never met but will have a collaboration in solving this problem. They were selected randomly from a pool of almost 3000 candidates, and will do a fair job.

Two days later, after all the juror have voted, then Kleros will inform Mina and Odie about the result (through email).

“The Jury has ruled for Mina, and Odie has given the opportunity to train Mina in maintain the SEO aspect of the online stores.” Juror are rewarded for their work and the case closed.

Well, how does that sound? Is the sample of the case get you more clear about the Kleros?

Yes, I do agreed that Kleros will be a dispute resolution layer base on blockchain technology, and it will be very helpful for anyone or corporates who need it services. Watch also this video to get more clear insight about Kleros!

What Did I Learn About Blogging